Best flashlight apps for Android to turn on flashlight

If you often ask – how do I get or turn on or off flashlight on my Android phone – you are on the right page. Here, you will come across some of the best flashlight apps so that you can toggle the flashlight ON or OFF easily. Not only third-party apps but also we have mentioned some of the in-built tips, tricks, and steps to turn on flashlight on Android. 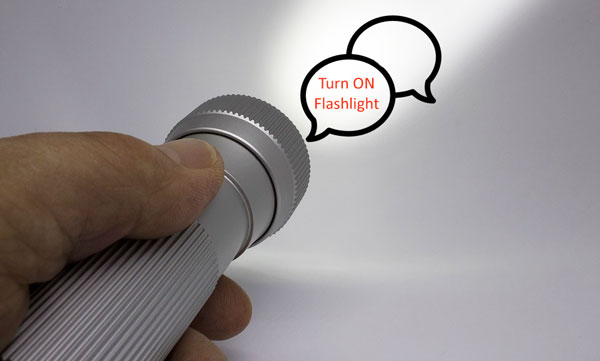 There are more other ways to use a mobile flashlight for your benefits. Now, let’s check out how you can turn it on or off so that you start using it.

Here are some of the best flashlight apps for Android to turn on flashlight:

Let’s check out all these apps in detail. For your convenience, we have included the download links at the end of each app.

Icon Torch is one of the best and easiest app you can use to lit the flash light on your Android mobile. This application is available for free and you can download it from the Google Play Store. For your information, it doesn’t come with advertisements, settings, or user interface. To turn on flashlight on Android, do the following-

Although Icon Troch app has a paid version, it doesn’t offer additional features. If you want to donate to the developer, you can certainly purchase the paid edition. Download 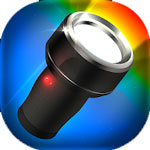 If you would like to have a simple user interface with an ON/OFF button, Color Flashlight will fulfil the demand. It turns on the camera flashlight to use it like a torch. There many some mobile manufacturers those include an option to change the intensity of the flashlight. If your phone doesn’t have that option, you can obtain it with this free app. Before download the Color Flashlight, make sure that you have Android 2.3.3 or later version. Download 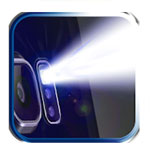 If you want a fancy user interface while turning ON the flashlight, Flashlight X will deliver that to you. As mentioned, the UI of this app is top-notch, which will attract you for sure. Another important thing about this app is that it offers a compass so that you can use it during a trek. Flashlight X is available for free and you can download it from the Google Play Store. Just make sure that you have Android 4.4 or later version. Download 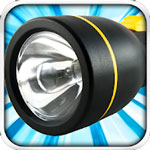 Tiny Flashlight is yet another app to turn on Android flashlight. The user interface is simple, neat, and clean so that users do not get any problem even for the very first time. The highlight of this app is that you will get an opportunity to check the battery percentage. It is handy when the battery is dying and you need to find something in the dark. Talking about the compatibility, it requires Android 4.4 or later version. Download 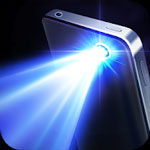 As the name defines, this app allows you to turn ON the Android flashlight with a tap. Some of the essential features of this app are – power ON or OFF switch, Morse code, Color changer, Compass, and intensity changer. The very first thing lets you turn ON or OFF the flashlight. On the other hand, you can will get a compass so that it helps you get back on track in the dark while treking. You will get all these options and features only if you have Android 4.0 or later version. Download 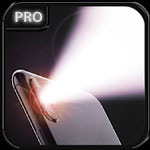 When a user requires a straightforward user interface, there are several options, like Flashlight Ultimate. Being available for Android 4.0 or later version, you can download it on almost all the devices you have. The user interface is clean and it contains a power button and a compass. To turn ON the flashlight, you can tap on the power button. Do the same to turn it OFF. Download 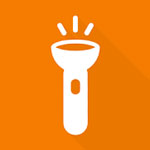 Simple Flashlight doesn’t come with advertisements and that might be a good point for you. It has probably the most old-school UI that will be handy at different situations. The UI contains a torch icon, which helps you to turn ON the flashlight of your mobile. To do so, simply tap on it. Do it again and it will be turned OFF. The best thing about this app is that you can change the theme as per your requirements. Talking about the availability, you need Android 5.0 or later version to download it from the Google Play Store. Download

Nowadays, every mobile manufacturer is adding a dedicated flashlight button to turn it ON or OFF. As the flashlight is an important thing at various situations, you will be able to lit it whenever possible. To use the in-built icon, swipe from top to bottom to open and expand the status bar. Here you will see a flashlight icon. 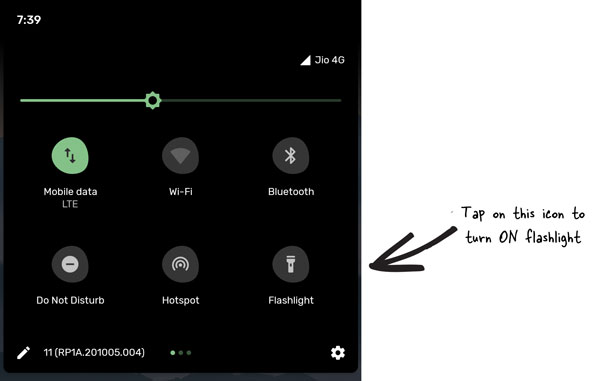 Tap on it to turn it ON. 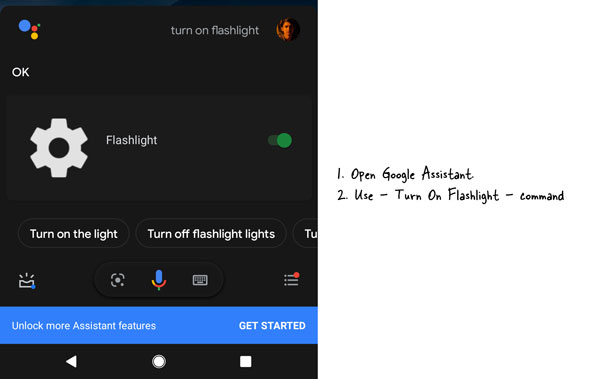 10. Search for Flashlight in Settings 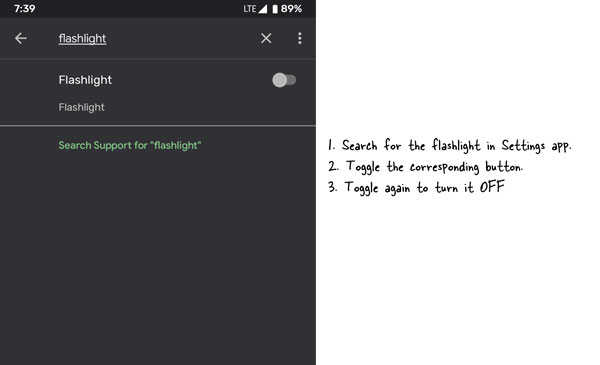 If you want to install a third-party application, all these seven apps are equally handy. However, if you want to use the in-built option, you can use any of these three solutions to turn ON flashlight on Android.